An introduction with new president of Jong Management Anouk Dijkstra

If you want to know exactly what the Prevesco family business does, it might be best to start with a visit to a physics teacher. Or, if you get the chance, a good conversation with shareholder and brand new JM president Anouk Dijkstra (1991). “Allow me to put it like this: we are good at innovating industrial refrigeration technology.”

Good? Don't worry: very good. Under the leadership of Anouk's father Johan Dijkstra, the company developed an innovative technique in thermodynamics, Uniflow, which for the first time made it possible to almost completely separate gases and moisture. That marked a breakthrough in the world of refrigeration technology. Because: the drier the gas, the lower the energy consumption. Well-known Uniflow end users include Heineken, Jumbo and the Elfstedenhal in Leeuwarden.

Not just a cool trick

But a promising technique alone is not enough, Anouk knew when she joined the family business after her studies in Commercial Economics in Tilburg. In other words: Uniflow had to be marketed. And Anouk would take on that responsibility. In addition, she made an agreement with her father that she would take over the company after about five years.

A period of four years followed in which Anouk was taught everything about organization and production – there is a lot involved in running a manufacturing company. “We walked through the factory together for an hour every day for four years,” says Anouk. When she then bought her father's shares at the age of 26 and took over the day-to-day management, she decided to drastically change the strategy of Prevesco BV. She outsourced production and moved the company from an industrial estate near Waalwijk to an office in Amsterdam.

“Of course I didn't do that entirely on my own,” says Anouk. “My father and I talked about it a lot. It was drastic and, especially for my father, initially alienating. I gave up our premises, the machinery and transferred all existing turnover and the corresponding jobs to one of our other companies. I believe we need to focus on innovation, and this was a necessary step for that.”

Why didn't innovation go hand in hand with keeping the production inhouse?

“In our case, because in a production company the emphasis is primarily on making full use of the production capacity. You need time to get an innovation on the market. So you have to be able to focus your attention on that innovation and that is not possible if there is a greater interest, such as getting the production full.”

“Innovation does not stop with your product, for me innovation is about the entire business. By combining standardized design and outsourcing production, we now have a scalable business model. Expanding by opening an extra factory was illogical and simply not viable.”

And now you have another great challenge with the presidency of JM. What will you focus on?

“To start with, I will take a hundred days, together with the daily board and the national secretariat, to further explore the current state of the association. The first 60 days are now over.”

“We are talking to the head board of the association, which are the chairmen of all 28 local networks we have. In this phase it is mainly about their impression, experiences and ideas. In return, we share what is up for evaluation from the daily board. The next step consists of inquiring more deeply into what is going on in the local networks, giving chairmen the opportunity to contribute substantively. We will then present our plans for the next three years in February.”

What do you think JM should commit to in any case?

“A number of wishes are already clear from the association, for example in the field of external profiling. We do not have the ambition to become a lobby club, but it is important that the voice of young entrepreneurs becomes a bit louder. And that that voice becomes a trusted voice. Because JM mainly revolves around personal development, we have never paid that much attention to it in the past. Although there has been a change in recent years.”

Why is that important?

“Being the eldest employers association of The Netherlands we have an opportunity to represent the generation entrepreneurs and employers in the age of 25-42 years old. The current lobbyists are often of an older generation than we are. This is sometimes overlooked, although it does have consequences. Social issues that influence the way (residential) care and work between life partners is being devided are essential subjects for our members. JM can help bring this to the attention of the political field of our country.”

“Another goal is in line with what JM was once founded for: successors within family businesses. For example, the business succession scheme (BOR) is currently under discussion politically because of possible disguised donations from one generation to the other. That may indeed be the case for a few – and something has to be done about it – but the majority of family businesses cannot be transferred without the BOR. We need to broaden the context and explain what is at stake for the next generation within family businesses.”

Family businesses are close to your heart.

“Yes, as a successor of a family business, this subject is of course close to me. And don’t forget: family businesses represent half of the employment in the Dutch economy and of the gross national product. If the discussion about the BOR is only conducted on the basis of the judgment about the transferring generation, it will be disadvantageous for many parties.”

Since when have you actually been a member of JM? And why did you become a member?

“I have been a member of the network in Amsterdam since 2016. I was looking for a network of fellow entrepreneurs, because I didn't have people with the same challenges in my social environment at the time. Then I came across the association, online. At first I was a bit hesitant because only a few other manufacturing companies are members, but luckily I just did it.”

What makes JM special to you?

“That actually fits in perfectly with what I was looking for when I became a member, namely other young entrepreneurs and employers. As an entrepreneur, you occasionally run into things that you do not immediately know how to deal with. These are things that you cannot discuss with employees and that you also cannot really share at home at the kitchen table. JM offers the perfect environment to connect and show the vulnerable side that is inextricably linked to the doubts you have as the person carrying the biggest responsibility in a company.”

“Perhaps a good example: there was a phase when I considered working with an external shareholder. I did this mainly because I wanted to learn how to deal with such an external shareholder, but the whole process started to disappoint me. In conversations with fellow JM members I came to the conclusion that I would not do it. The encouragement and the opportunity to discuss it with people who have no interest in your choice, I find that valuable.” 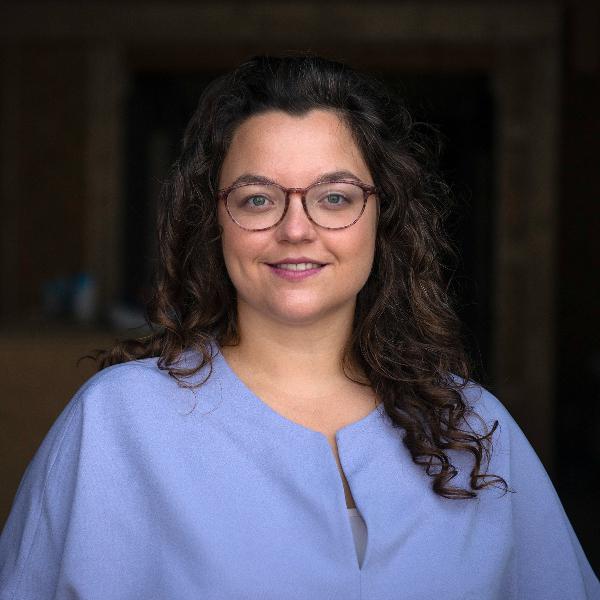